The Initiative Petition (IP) process is an important tool in Missouri, though few voters fully understand its powers or limits. The IP allows voters who feel unrepresented by their elected officials to propose policy changes to fellow Missouri voters on the ballot. The process to get citizen-initiated petitions on the ballot is arduous. The Secretary of State must approve the petition, making sure it doesn’t violate the constitution and fits within any pertinent laws. Then, organizers must gather approximately 260,000 signatures (8% of all voters in six out of eight Congressional districts in the state) from fellow Missourians who like the proposal and want to see it on the ballot. All signatures must accompany an address, and the person must be actively registered to vote at this address. Organizers gather tens of thousands of extra signatures over the required threshold, knowing that some will be tossed for being illegible, duplicates, or non-registered voters.

After the signatures are gathered and verified, the issue will appear on the next November ballot. If 50% + 1 of the voters across the state vote in favor of the petition, it passes. In recent years, these petitions have become more likely to propose constitutional changes rather than statutory changes, because our legislature has established a pattern of repealing statutory changes passed by Missouri voters. Constitutional amendments, on the other hand, cannot be changed by the legislature without a vote of the people.

It is important to understand that initiative petitions are not easy, nor are they silver bullets for passing legislation. The vast majority of initiative petitions fail to even collect the required number of signatures to get on the ballot. When they do, only 40% ultimately are passed by voters utilizing the current 50% + 1 threshold.  In the last 112 years, Missourians have only amended our constitution 27 times using the initiative petition process.

And yet, there are 18 bills filed this year that would alter the initiative petition process. While they all have slightly different proposals, there are two common themes.  First, they seek to raise the number of signatures that must be gathered in order to put an IP on the ballot.  As previously mentioned, organizers are currently required to gather approximately 260,000 (8% of all voters in six out of eight Congressional districts in the state) signatures. Most proposals would raise the number of signatures to approximately 435,000 signatures (10% of all voters in eight out of eight Congressional districts). 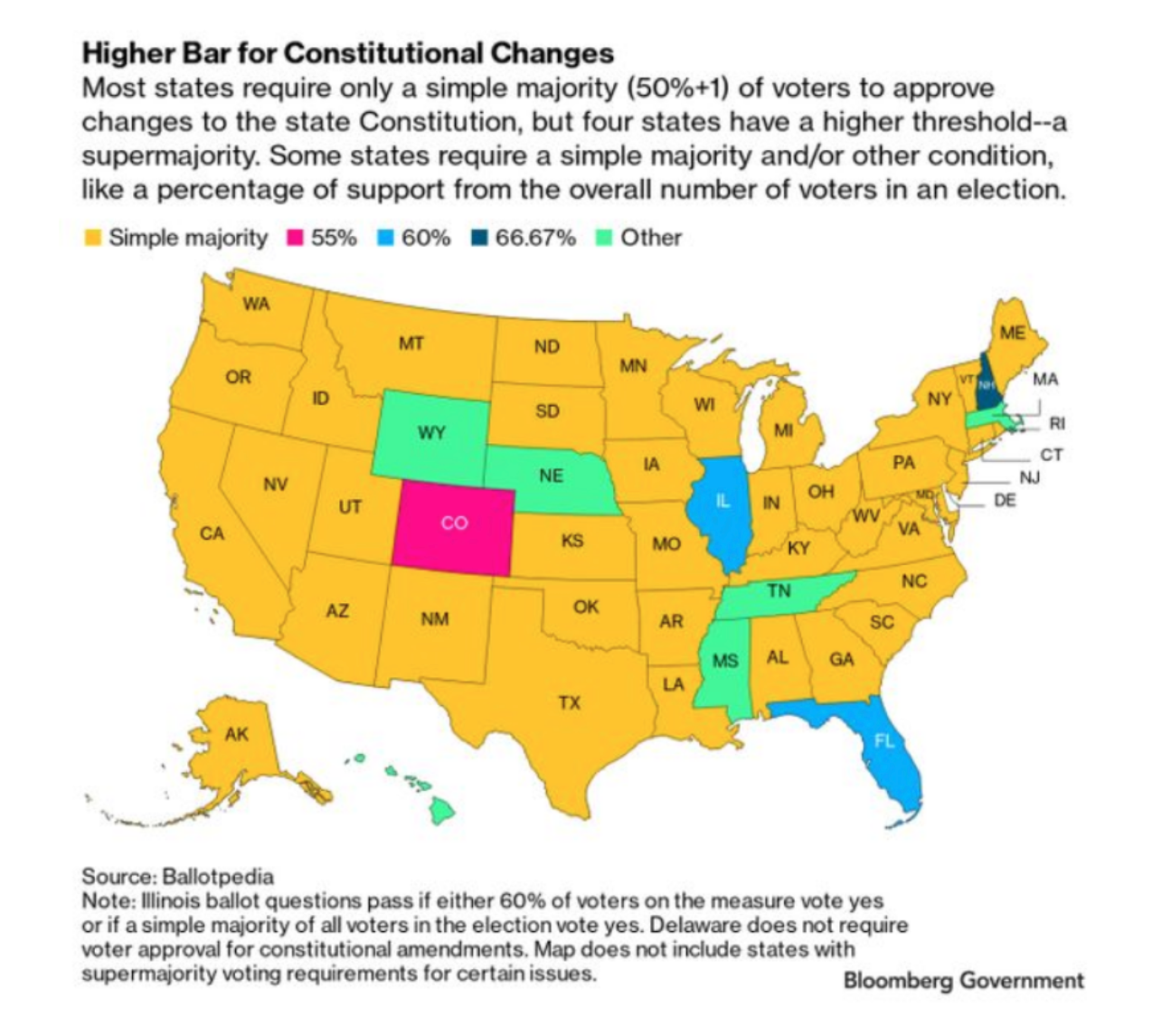 In many hearings on this issue, some of the sponsors of these bills have claimed they are proposing these changes in order to limit how much we are amending its Constitution. There are two ways to amend the Missouri Constitution. The first is the initiative petition process.  The second is that the General Assembly (our legislature) can propose amendments, vote on them as a legislative body, and then propose them to the people on the ballot.

The Missouri Constitution has been amended 182 times since 1910. A whopping 155 of those amendments originated in the legislature, with only 27 of those amendments originating through the IP process.  This means that 85% of the changes to our Constitution came from them– not from us. And yet, in many of the bills filed on this issue this session, legislators are only seeking to raise the approval threshold for amendments filed through the IP process, but leaving the threshold for their own amendments at 50% + 1. If the issue is truly that legislators believe our constitution changes too frequently, lawmakers need to begin by looking within their own hallways.

It is imperative that our Constitution is a living, breathing document that evolves with our society. None of us really want to be governed the way our state was governed in 1821. Progress and innovation require change. Change is necessary for growth and innovation. We should govern forward, for the generations that come later. We shouldn’t burden them by taking away their options for our state’s direction. The process to amend the Missouri constitution is in line with most other states, and we should leave it alone.
In fact, the initiative petition process is a right enshrined in our constitution.  Article III, Section 49 states that “the people reserve power to propose and enact or reject laws and amendments to the constitution by the initiative, independent of the general assembly…” Our legislators work for us. And when they don’t move forward policy as we see fit, we have the right to bring important proposals directly to the people.  We, as ordinary citizens, use the initiative petition process to build power for ourselves and our neighbors.  Unfortunately, too many legislators believe that they alone should hold the power– and so they are trying to take our power away from us.  Don’t let them.